After 18 years imprisoned on Robben Island, Mandela and his colleagues were transferred to a prison on the mainland outside Cape Town. Pollsmoor was a concrete monolith. The political prisoners, however, had had a small garden in their cell block courtyard on the island, and Mandela was determined to have one again in his new circumstances.

“Within a few weeks of surveying all the empty space we had on the building’s roof and how it was bathed in sun the whole day, I decided to start a garden and received permission,” Mandela recalled. “I requested that the prison service supply me with sixteen 44-gallon oil drums that I had them slice in half. The authorities then filled each half with rich, moist soil, creating in effect thirty-two giant flowerpots. 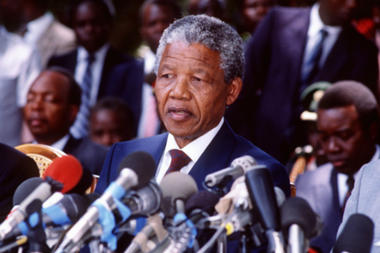